What’s With The Accent?: Clips of Reverend Obama Race-Baiting at Hampton University 2007

The original story can be found at the Daily Caller. 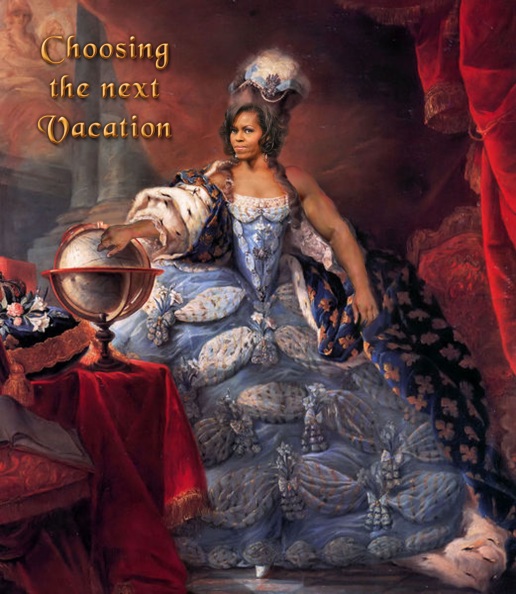 As reported by Judicial Watch, Michelle Obama’s 2010 trip to Spain cost taxpayers roughly $467,585 according to official documents from the Air Force and Secret Service. With our booming economy, I’m sure you know plenty of people affording themselves half-a-million dollar vacations these days.

Apparently, Camp David reminds the Obamas too much of George W. Bush.

An atheist group in Woonsocket, Rhode Island is pressuring the city to remove a “Latin cross” from a fire station parking lot:

The Wisconsin-based Freedom From Religion Foundation (FFRF) announced this week that they had sent a letter to Woonsocket Mayor Leo Fontaine requesting that the city not only remove the cross, but also scrub a memorial angel and prayer — which they describe as “woefully out of date” — from the fire department’s website.

According to the group, it is illegal for the city to promote any religion. END_OF_DOCUMENT_TOKEN_TO_BE_REPLACED

The Daily Caller (DC) reported yesterday on an interesting campaign video posted at BarackObama.com. The video featured actress Tatyana Ali, who had some remarkable things to say about the Dear Leader, his re-election and why African-American voters should throw their support behind the incumbent president. The video has since been pulled down from the Obama re-elect website, but not before the DC caught wind of it and posted the video. END_OF_DOCUMENT_TOKEN_TO_BE_REPLACED

For you doubters out there.

The Biggest Useful Idiot Of Them All

Here, have a teachable moment.